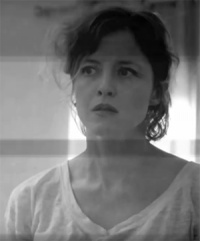 Claire is a character from the 2014 Weezer concept album Everything Will Be Alright in the End. She appears in the teaser videos portrayed by actress Mhairi Morrison (credited in the liner notes and teaser videos as "Mhari Steenbock").

She is the mother of Sebastian, and appears in the video EWBAITE 10 "Eulogy For A Rock Band when Sebastian announces that he's moving to Los Angeles. She is credited as simply "Mom" in the teaser videos, and as "Claire" in the album's liner notes. In the liner notes, the character is additionally credited to Colette Turner and Stephanie Farrar. Nothing additional is known about her character, but as Sebastian is meant to be an analogue for Weezer frontman Rivers Cuomo, Claire is, presumably, meant to be analogous to Cuomo's actual mother Beverly Shoenberger. This is reinforced by the script, released in 2020, wherein Claire, described as a receptionist at the Harvard science building where Laffoley works, marries and gives birth to Sebastian in 1970 before Laffoley leaves the family in 1973. Rivers Cuomo was also born in 1970, and his father left the family when Rivers was very young.