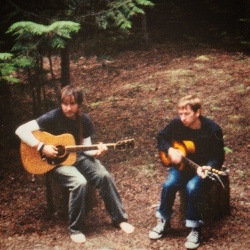 Greg Brown is a musician. He is best known as a founding member and the original guitarist for the band CAKE.

Brown was a member of Cake from the band's formation in 1991 before leaving in 1998. Also in 1998, he appeared on the song "American Girls", by the short-lived Rivers Cuomo sideproject Homie. He later produced and contributed instrumentation to the two solo releases by Matt Sharp, Puckett's Versus the Country Boy in 2003 and the eponymous Matt Sharp album in 2004.