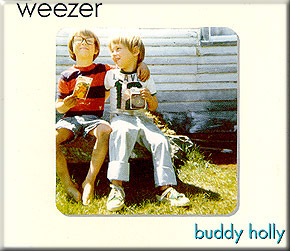 the buddy holly single was weezer's largest commercial success to date. a rad song, a rad video, attracted a lot of rad people to the band. the song received *enormous* radio play during its release and single's were primarily released in the uk and one in the usa. the uk single features the lp version of "buddy holly", live versions (from rochester, ny by bobby bell [no relation] of "my name is jonas" & "surf wax america", and the dgc rarities vol.1 version of "jamie". as shown above, the single cover features rivers with his brother leaves. 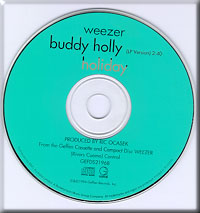 because the song did so well, australia commenced in releasing a single as well. the cover has a pic of lil' rivers and a childhood friend who could not be found to "ok" use of the picture. the uk version used its own version so as to not confront legal issues, where with the australian version they just plain didn't bother with legalities and pressed it using the picture below. the cd features lp versions of "buddy holly" and "jamie" from their respective releases. 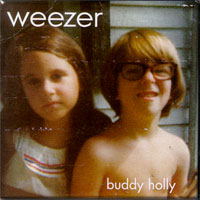 Posted on Weezer's official Facebook page as part of the "Today in Weezer History" series on February 2, 2014.

Today in Weezer History: 2/2/1995 - On this day in 1995, Weezer played a show in Rotterdam, The Netherlands, at the Nighttown club. This was their third show of their first ever tour in the UK and Europe, after playing a tiny show in London at the Splash Club (with Mick Jones of The Clash in attendance), and the previous day's show on 2/1 in Den Haag. Scraps of this tour were videotaped, and can be seen in the "Video Capture Device" segment "Saction". No known photos and setlist unclear, but this large promotional poster of the 5 dates in Holland survives. Also on this date, the "Buddy Holly" single was released in the UK. This CD single features the lp version of "buddy holly", live versions (from Rochester, NY's Horizontal Boogie Bar show in late '94) of "My Name Is Jonas" & "Surf Wax America", and the DGC Rarities vol.1 version of "Jamie". The single's cover features a childhood photo of Rivers with his brother Leaves. The US Promo and the Australian version featured a different photo, of Rivers and an unnamed childhood friend. -karl 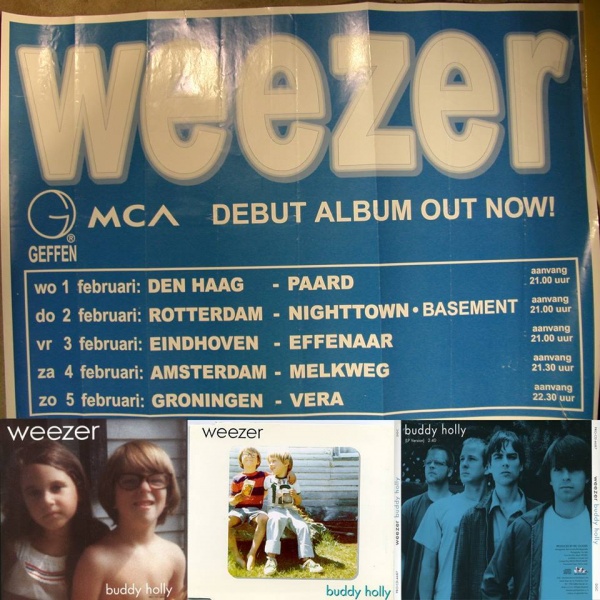