Posted on Weezer's official Facebook page as part of the "Today in Weezer History" series on November 8, 2013.

Today in Weezer History: 11/08/2003 - Acoustic demos at the band's office. Today was the final day of "office demos" in preparation for starting the recording of "Make Believe" with Rick Rubin in December. Acoustic demos had been recorded at the bands rented office on Sunset Blvd in Hollywood and at Rod Cervera's studio near Universal City since the spring time, but at this point the guys were about ready to start the album. These demos were recorded direct to a Marantz CD burner recorder, with their de facto manager at the time Todd Sullivan engineering. They did 3 or 4 takes of each song they worked on that day, but only one, "The Other Way", actually made it to the "Make Believe" sessions. 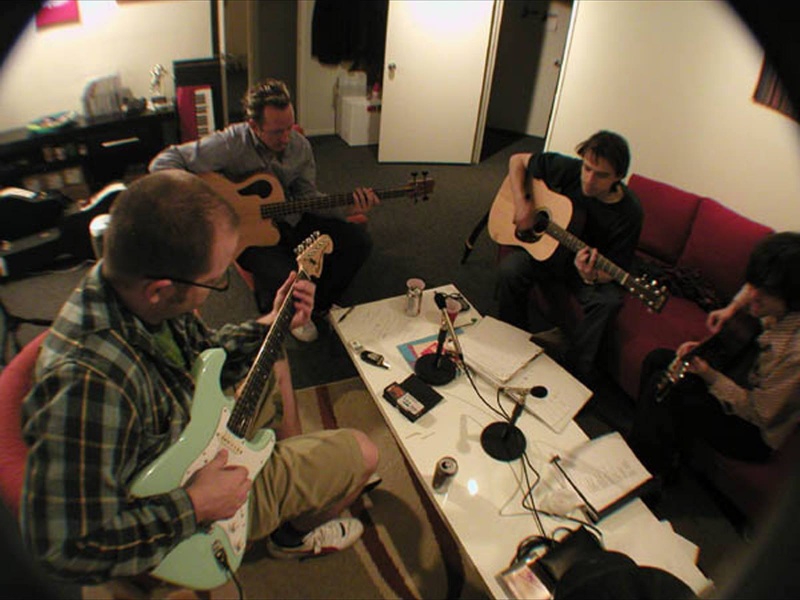