Police story 4...
"...I got my first speeding ticket flying at 73 mph in a 55 mph zone blasting 'across the sea'. It was the part where he says "words and dreams and a million screams" and well, I was getting way into it...That song is dangerous driving material...I turned down the music before the cop came to my window, and my mom still doesn't know the exact reason I was being such a "wreckless" driver." ---R.M.

...the troops are reuinted at last! Today marked the day everyone in the weez family was back in the same city at the same time since over a month ago. Rivers came back from Miami a day later than expected, but the extra time spent working in Miami was essential. Now the crazy stuff really begins, with album 4 mixing/finishing, new demo recording, and rehearsing for the upcoming tour ALL happening at the same time! 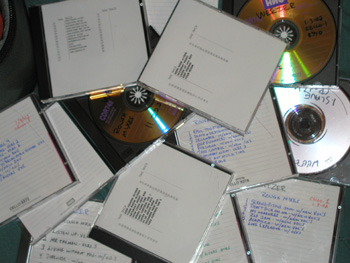 ...heres some more evidence that Maladroit madness is seeping out to the airwaves...

(Also, the new Rolling Stone (2/14) has an item in their "news" section on the new album, with some Rivers quotes)

...Photograph Video spied online? it seems that some keen-eyed fans have located a realplayer version of the vid out in the wilds of cyberspace. From whence it came I do not know.