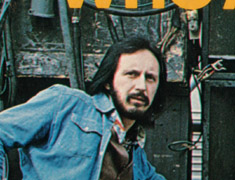 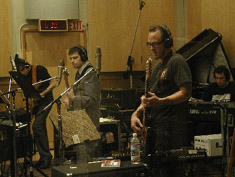 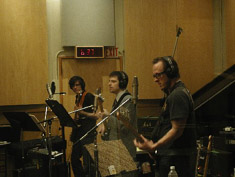 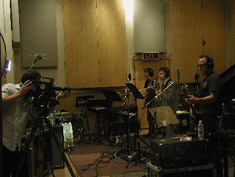 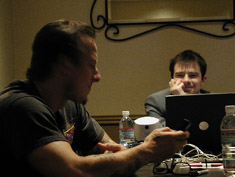 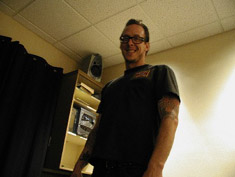 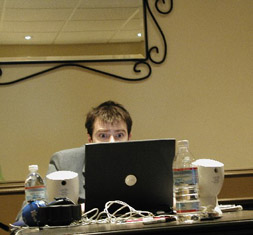 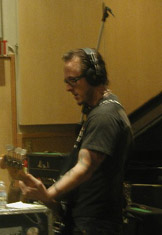 One week and 35 songs later....how are they ever going to pare it down to an album? Already it’s hard to narrow it down and knowing these guys, the list is only going to get longer. Everyone’s got their opinions and favorites and of course they’re all varied, and it’s hard to please everyone... Anyway, the songs are sounding great and the amount of work that they are plowing through is impressive as always. Fortunately they have their foosball and Scott’s random comments for some amusement. And to rub it in some more, Rod Cervera was shut out by Rivers in a 10-0 game. (Sorry Rod!!) Here is the list of songs worked on today: 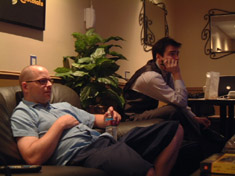 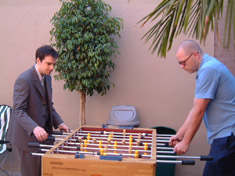 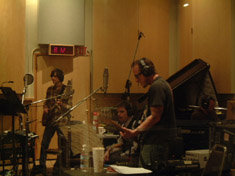 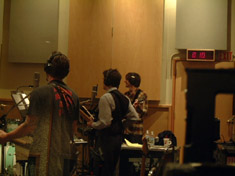 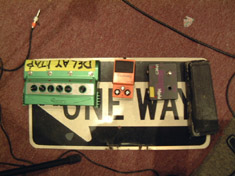 There was a lot of work done on keyboards again today except it was with Greg, another musician, as Shmed wasn’t available...well, the Weezer machine waits for no one. people agree that the songs do sound quite different now, but it is starting to really gel with the keyboards. The new tunes and the set up are interesting in that they are bringing in so many never before tried elements, like the keyboards and songs from Pat and Brian...so certain things are totally different but still Weezer at the same time. Here is the list of songs worked on Wednesday:
01 359 Untenable
02 The Story is Wrong (Pat’s)
03 Nice To Meet You (Brian’s)
04 Happy Together
05 363 Garbage Can
06 Yellow Camaro (Brian’s)
07 364 Wool Cap
08 295 So Low
09 360 Private Message 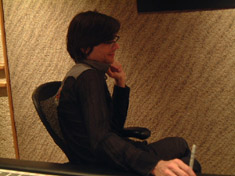 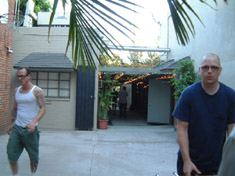 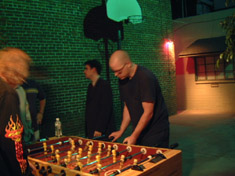 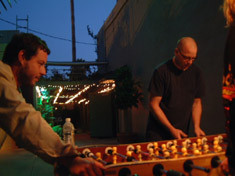 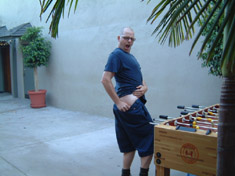 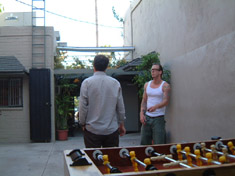 as you can see, on these shows the acts will be staggered so there is no overlap. Now, SOME shows start at 7, so the whole schedule would shift back a bit in those cases.

For Salt Lake, Denver, Minneapolis, and NYC, There are no side stages available. The "side stage" is actually a separate gig in a different local venue. The promotions for these 2nd stage shows up to the club owners themselves, and the shows are independent of the main show. With a ticket or ticket stub to the main show, you can get in for either a small fee (like $5, or in some cases free if you have a college I.D.). These shows are called "After Parties", but for the most part will be starting while the main show is still happening, so people will have to make choices regarding transportation and planning, depending on what they are interested in. Its unfortunate that not all the shows can have everything under one roof, but, for those interested in continuing the nights festivities, they should be able to catch a fun very cheap smaller gig after the lights go down at the ampitheatre. Note that there is the possibility (for example in Minneapolis's 7th St Entry), that the After Party gig is 21+, due to the policy of the venue.