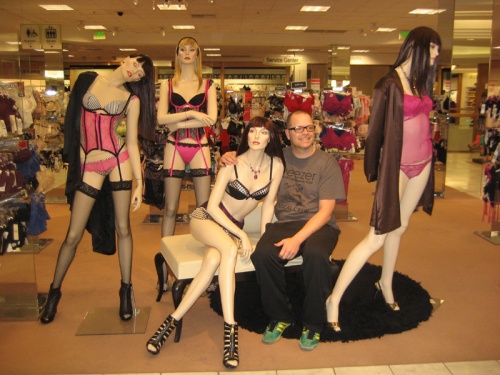 R+R after yesterdays epic battle royale in Kansas City. Pat met some Weezer fans at the mall (see photo). But meanwhile Rivers had some soccer plans that took him to Salt Lake City.

SLC US Men's National Team Soccer report:
"...Great game in Salt Lake City today! Before the match, we were invited down to the field to watch the U.S. Men’s Soccer team warm up, and Rivers did a couple of quick interviews for Goal.com and USSoccer.com. The game was very tense, but exciting. End result: USA 2 – El Salvador 1. 3 points closer to officially qualifying for South Africa 2010..." -SCK