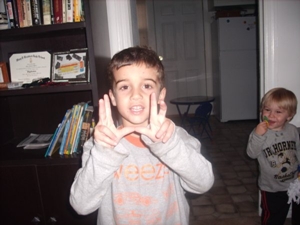 ...Folks, feast your eyes on this here weezer info attack!

Weezer, 2008 Grammy Award Winners for best music video, will premiere their video for “(If You’re Wondering If I Want You To) I Want You To,” the first single off of their latest release Raditude, on October 20th. The video will be available exclusively on Babelgum for one week. It features actress Odette Yustman (“Cloverfield”) as the gorgeous femme fatale who visits the sleepy town of Weezerville and throws the locals- played by duplicate versions of the band members- into chaos.

In addition to the video, fans will also be able to watch behind-the-scenes footage and an interview with acclaimed director Marc Webb, whose credits include the beloved breakout film “500 Days Of Summer” and music videos for My Chemical Romance, Regina Spektor and Green Day. This isn’t Webb’s first experience working with Weezer; he directed the band’s video for “Perfect Situation” which featured actress Elisha Cuthbert.

In support of Raditude, Weezer announces a string of tour dates, kicking off October 24th at the Palladium in Los Angeles. The Los Angeles and New York City shows have already sold out. Tickets for the remaining dates go on sale next week. On October 29th and 30th, Weezer will appear for back-to-back performances on The Late Show With David Letterman. Weezer releases Raditude on November 3rd. On the same day, they will introduce the Weezer Snuggie, the band’s personalized version of the now-famous blanket with sleeves.

Tour dates for Weezer; more to be announced:

...SF peeps may be asking "when is it ok to line up for the Myspace show on Wednesday (tomorrow)?" The answer is: First thing tomorrow, or if you are feeling frisky, go for it late tonight! Stay safe, bring marshmellows!

...Rivers Cuomo interview with musicradar.com - re: Pinkerton deluxe and more.

...98.7's got something going on - note the only info we got right now is what their announcement says.

..."In the Time Magazine 2010 almanac on p. 97 within an article called "Play that Funky Music" there is a discussion about the video game Guitar Hero. 'Five colored buttons on the "neck" of the guitar are used together with the "strum" button to play along with songs by bands such as the Rolling Stones and Weezer.' There it is, Weezer and the Rolling Stones in the same breath."
-Thomas L. Bell
Professor Emeritus
Department of Geography
University of Tennessee