...third night at the Viper Room, and tonight the joint was PACKED to the gills! Mucho thanks again to the Viper Room staff for going the extra mile for the fans tonight. I got the impression that they were working extra hard to get as many people in as they could, as there were a heck of a lot of happy campers in that room! When I pulled up I noticed the line at the door was easily the longest of the three nights, but later I didnt hear too many stories of people not being able to get in, so thats very cool. And once again, the Special Goodness, AM Radio and Goat Punishment seemed to be even more relaxed and stoked onstage, and the sets tonight were just dynamite. Several folks who got in to all 3 shows said that "tonight was definately the best". Amongst tonights attendees (besides the dense crowd of cool fans) were everyone from Johnny Knoxville to Ryan and Daniel of Ozma, so it was quite a night! 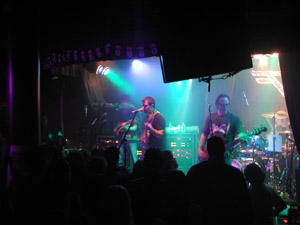 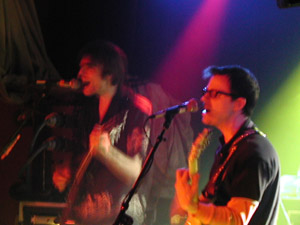 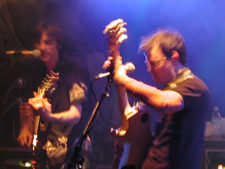 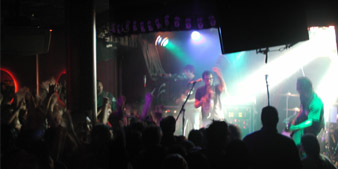 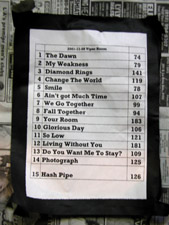 "goat punishment". Here are some of the interesting things you can get by rearranging the letters:
a hot sun pigment, a tennis thug mop, tug-a-penis month, men put a hit song, septum in a thong, upon this magnet, pig snout anthem, spit on hung meat, a mosh pit gun net, shag me in nut pot.
---Shana