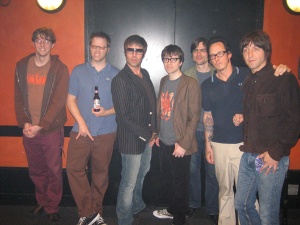 This page is for the band. For the Organic Mechanic song, see Oasis (song).

Oasis is a British rock band that came to prominence in the mid-90s. A seeming overnight success, the band eventually lost favor with the record buying public at large, partially due to a lengthy hiatus.