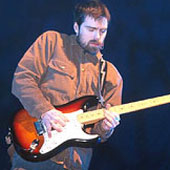 
After two years of scattered recording sessions -- and two weeks of Metallica-style group therapy -- Weezer have finally finished their fifth album. "It took a long-ass time," drummer Pat Wilson says of Make Believe, which hits stores May 10th. Blame the delay on Rivers Cuomo's periodic semesters at Harvard -- where the thirty-four-year-old frontman continues to pursue an undergraduate degree -- and on his frequent dissatisfaction with his own songs. "I think Rivers was pretty emotionally divorced from our last two records," says Wilson of 2001's Green Album and 2002's Maladroit. "You can totally hear it. It sounds like we're just kind of stoned out, like a Seventies rock band who tours all the time."

But with the guidance of Audioslave producer Rick Rubin, Cuomo started writing tunes he liked -- and many of them recaptured the naked honesty of 1996's Pinkerton and the band's 1994 debut, the Blue Album.

The first single, "Beverly Hills," is one of Weezer's best-ever pop songs, combining heavy guitar crunch with a melody Wilson says has a "Steve Miller vibe." Its video, shot at the Playboy Mansion, is in the quirky tradition of the Happy Days-themed "Buddy Holly" clip. The probable second single, "We Are All on Drugs," has a pop-metal vibe that evokes Def Leppard.

But other album tracks, such as the power ballad "Peace," sound like autobiographical dispatches from a troubled soul: "All these problems in my mind/Make it hard for me to think," Cuomo sings in a quavering voice over acoustic-guitar strumming. The song climaxes in a choir's worth of overdubbed Cuomo vocal tracks that harmonize on some prototypically Weezer-ish whoa-oh-oh's. The breakup lament "This Is Such a Pity" -- which boasts Cars-like chugging rhythm guitars, a prominent synthesizer part from a cheap Casio and a lengthy guitar solo -- is similarly heartfelt.

"We didn't ever set out and say, 'Let's do a mixture of Pinkerton and the Blue Album with some Maladroit guitar solos,' " says guitarist Brian Bell. "But I think it sounds like that, because that's what we are."

Weezer will support the release of Make Believe with a North American tour beginning April 26th in Vancouver.