Questions asked and answered after the Southampton gig. 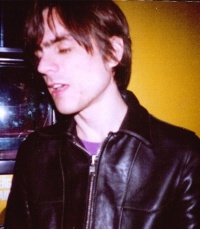 The Tragic Kingdom: Do you like it in Crappy England?

TTK: I like the Space Twins but I can't find any of your albums.

Brian: That's because we don't have any albums.

TTK: It says (on the handout) Maladroit is being released in April. Is that the English date?

Brian: As far as I know it's an April date.

TTK: What was Rivers saying (during the gig)?

TTK: Are you playing Reading this year?

Scott: Yeah hopefully, I will try and persuade the guys to come back. I like it here.

TTK: Were we louder then the Scots?

Scott: I was gonna say, I didn't think it was possible to enjoy myself more then Edinburgh, but I did.

TTK: What's going on between you and Rivers at the end of the "Photograph" video?

Scott: Here's the deal: We were practicing in the little room and I couldn't find the door and I was too embarrassed to say I couldn't find it and Rivers kept saying, "It's behind the curtain!" But all there was were sinks, so in the end I pretended to get mad. He had kept taking the piss out of me and that's why I say, "You've made a fool out of me for the last time this half hour." 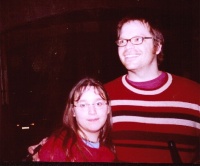 TTK: Did you hear what Rivers was saying?

TTK: What was Rivers saying?

TTK: You're a great drummer.

Pat: Thanks a lot.