We arrived early in the afternoon and proceded to hurry up and wait. the "Moulin Rouge" routine was still being tweaked. Dan insists that they got a different "Pink" today, but I say they can work wonders with the right wigs. Me and Pat ended up hackey-sacking in the basement below the stage as they rehearsed the routine, and as it turns out we were hacking in the Moulin Rouge extras' room, so we were soon "vibed" out of there by a hoarde of girls dressed up in garters and such. Later. Finally weezer took the stage for their final dress rehearsal, banged out the song again, made sure the flame was.. flaming, and then we went back to waiting.

But not for long. Next was the "red carpet walk", which, we discovered, is quite staged. The guys basically drove around the block in a limo, joining a long line of waiting limos. I waited for them by the "entrance", then followed them in and shot video and pics of the ensuing madness. The cool part was that there were in fact some true fans in the screaming "stands", and Pat had a chance to lay a few autographs down in between a bunch of breif little photo shoots and interviews with such outfits as TV Guide. Finally the "carpet walk" was over and we were hustled to the audience zone to take our seats. The guys could only stay and watch part of the show, as they were then needed backstage. I decided the only chance to take pictures of the performance was right where I sat, as backstage security was utterly impregnable. So I waited, and in the process saw a pretty good show. Various skits and pre-filmed sequences starring Jimmy Fallon, Snoop Dogg, Andy Dick, and Will Farrell were all funny as hell. Also George Lucas presented an award, just being 20 yards from the guy felt insane! The 3 music performances were summed up as follows: Moulin Rouge: kinda exactly like the video. Raunchy. Dave Matthews Band: technical difficulties forced 2 restarts (they will be edited out on TV), and were, uh...kinda boring. ...But not Weezer!!! Weezers perfomance was the last of the 3 and RULED! Fire! Brimstone! "Hash Pipe"! Check it out this coming Thursday the 7th!

After the show we got to hang out a bit with (amongst many others) Spike Jonez and "****" (an old buddy of ours now known as Johhny Knoxville), and it was awesome to have a few minutes to catch up on things. Then I sought out George Lucas, but failed to find him. Blast! There is no try! 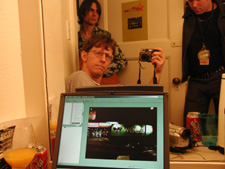 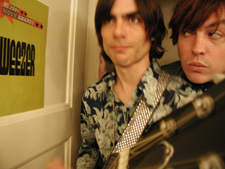 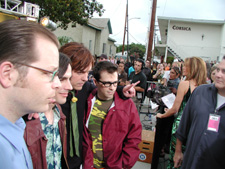 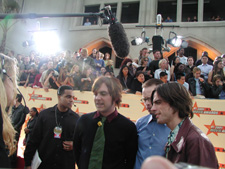 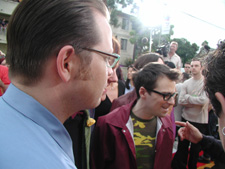 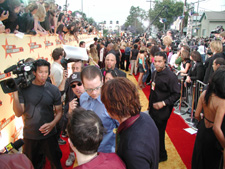 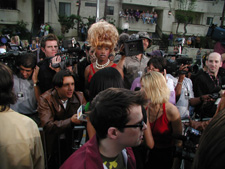 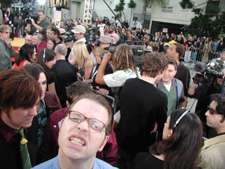 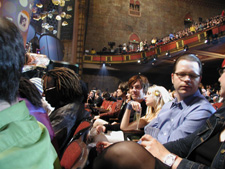 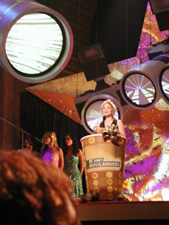 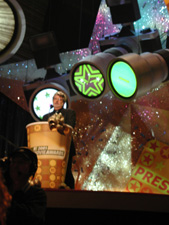 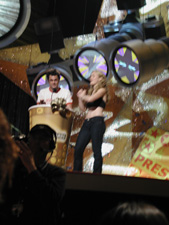 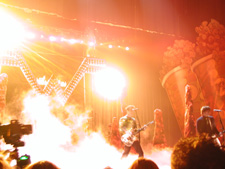 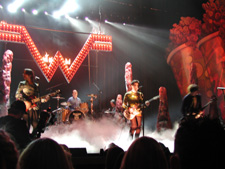 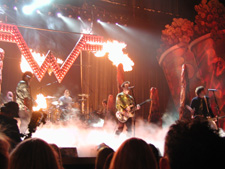 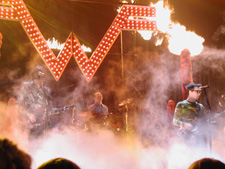 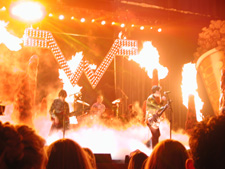 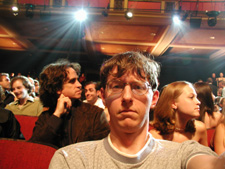