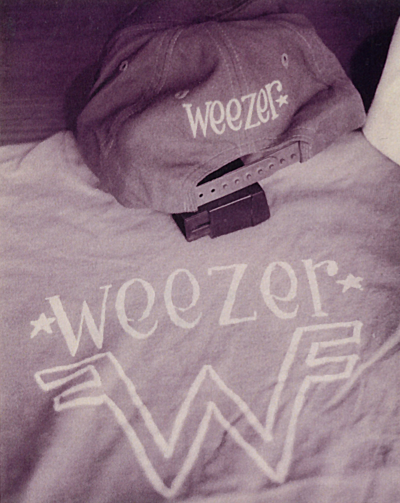 The first ever pieces of Weezer merchandise—a T-shirt and a ballcap—produced in Summer 1992 and Fall 1993 respectively. The designs used the band's original logo, which was changed before the release of their 1994 debut Weezer (The Blue Album). Only a handful of both were made, mostly given out to friends.
Photo credit: Karl Koch
2016 (via Weezine Omnibus: Deluxe Edition)


See more from the Merchandise gallery