Zed is a pop rock band from Christchurch, New Zealand.

Zed was formed in 1996 by original members Nathan King, Ben Campbell, and Adrian Palmer, later adding Andy Lynch as a second guitarist in 2000.[1] The band released two studio albums, Silencer and This Little Empire, before disbanding in 2004.[2] Zed have played multiple reunion shows since their disbanding, with their most recent being two shows celebrating nearly 20 years of Silencer.[3] 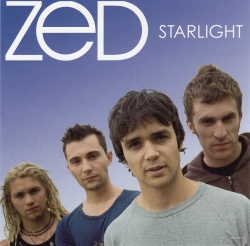 In 2002, Zed released a cover of Weezer's Green Album b-side "Starlight". The cover was featured as the first track of the 2002 Rob Schneider-fronted comedy film The Hot Chick, and was released as a CD single in both the United States and New Zealand.