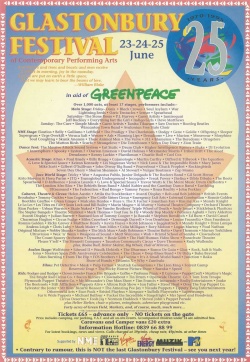 Weezer's appearance at the legendary Glastonbury festival. While band's like Oasis or The Stone Roses played at the Main Stage, Weezer rocked the NME Stage with a half hour set on the second day of the festival. On of the security guards later remembered on Youtube (via:[1]):

`I'm one of the security guy's in "the pit" in front of you there...it was 90+ degrees, we got plastic bins, cup's, and hoses just to get water out to the punters...which as you can see was subsequently thrown back at us...ungrateful bastards! lol I remember the bodysurfing started from the first note to the last, non-stop bodies coming over the rail, pretty awesome gig. Damn, where's 20 years gone?? Nice video, thanks for the memories! Peace!﻿` 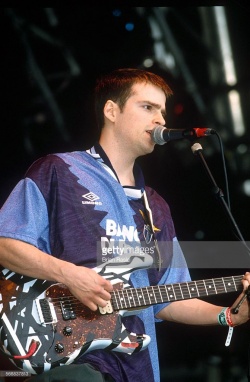 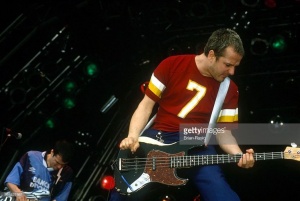