From Weezerpedia
(Redirected from DGC Records)
Jump to: navigation, search 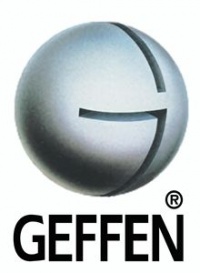 Geffen Records is an American record label. Weezer signed with Geffen June 25, 1993 and left Geffen on December 17, 2009. Weezer may also have been listed under "DGC Records", which stands for "David Geffen Company" or Interscope, which is a branch of Geffen.

In 1993 Weezer finally started to catch the attention of record labels, specifically one Todd Sullivan of Geffen Records. Todd asked Rivers and Matt to join him for dinner one night, Matt did most of the talking. Negotiations were discussed for what the band wanted and what kind of record they sought to make. On June 25, 1993, in a move somewhat questioned by Geffen (mostly because of Weezer's anti-rock star appearance), Sullivan signed Weezer.

After the signing, Rivers felt mixed emotions. Part of him was excited about the future ahead of him. This emotion prompted songs like "Buddy Holly" and "Holiday" to come shortly after the signing. Another part of him was very unsure as to whether the life of a rock star was the one he wanted. This emotion prompted more uncertain songs like "In the Garage", "Getting Up and Leaving", and "Negativland". Furthermore, the thought of everyone watching Rivers' next move prompted the song "Chess".

Search for a producer

Weezer's request was to produce their first album themselves, but the idea was frowned upon by Geffen, who was encouraging a producer. The band (somewhat jokingly) mentioned Ric Ocasek (of The Cars) because they figured that if they needed a producer it might as well be someone who made good music. Geffen asked Weezer to record a demo to send to Ric. Weezer was fairly certain that it was a joke, but one day Patrick was in a local shop when he saw Ric. He went back and told the band and they realized that it was possible that he actually was coming in to meet them.

Ric, at the time, was fairly perplexed by the band's image. Having never seen them, and only heard future classics like "No One Else" and "The World Has Turned and Left Me Here", Ric considered the possibility that they were metal heads, mainly due to the technical guitar work, especially the solos. (Turns out he was not too far off!) Still, he believed the lyrics too smart for metal. When Ric finally did meet Weezer, they all got along very well.

As of 2009, with the release of Raditude, Weezer has fulfilled the original seven-album deal with Geffen, and while hosting one of MTV's programs, River's stated they would be self-releasing from then on.