i.v.league (also: iv league, ivleague, i.v. league) was an infamous, yet beloved poster on several Weezer message boards. He or she is the originator of the now popular style of weezer board posting, which involves creating absurdly long-winded and misspelled narratives incorporating incorrect grammar and punctuation, usually realized in multiple clashing colors and which is often paired with animated gifs and embeded sounds. i.v.league was a member of the online community during the weezer.com and Weezer Nation message board eras. He or she largely influenced pony eyelashes and the two went on to work as a team in the creation of multimedia threads, websites and other digital projects.

i.v.league is known to have been responsible for other weezer board trolling entities such as 'poodle explosion' and 'golden guitar'.

Notable contributions to the community 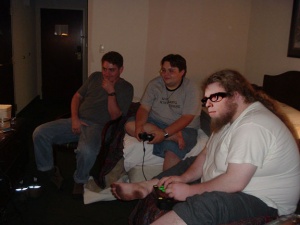