...tomorrow: Thursday, August 30 at 12:35 a.m. there will be a re-run of the Late Night With Conan O'Brien show, featuring weezer.

...Mark your calendars: on September 8, 2001
11:30pmEST will be the re-run of Saturday Night Live with musical guest Weezer (plus Will Ferrell!)

......Sheeny the Organized has written in from LA and sent some pictures too! check it out...

"In what I'm beginning to learn as true Weezer fashion, our "down time" was spent with the guys demo-ing six new songs in the first day of a three day session. They should have started around 2pm but there were some massive technical difficulties with what sounded like everything. Bobby and Adam had a busy day trying to get everything up and running and Rivers finally got the call to come down to the studio around 7pm. They were all set up so it was literally minutes between walking in the door and then the tapes rolling. Everyone at the studio was amazed with the speed that the guys worked at, and in what seemed like no time they were done. The songs sounded great and it was cool to hear them in a near to final stage after following a few of them from their birth. Here's the list of the ones they completed today:

Rivers was really pleased with the results and said that he pretty much loves ever aspect of his job but laying down new tracks is definitely his favorite thing. Good thing for everyone is there's two more days of it." 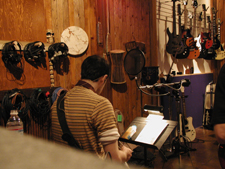 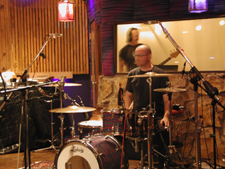 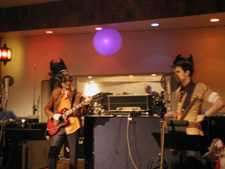 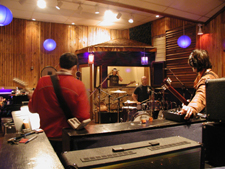