From Weezerpedia
(Redirected from The garage)
Jump to: navigation, search 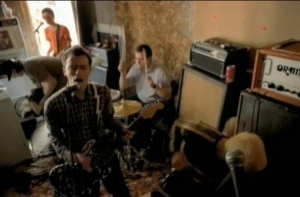 The garage, as seen in the Say It Ain't So music video.

The Garage is the location in the Amherst House where Weezer wrote, rehearsed and recorded their early songs. It is forever immortalized in both the songs, "In the Garage" and the "Say It Ain't So" music video. 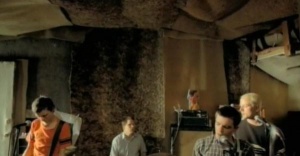 "The Garage" was covered in a brown carpet and soundproofing. Inside was the band's gear, recording equipment, and a washing machine. The walls were adorned with posters of the bands heroes: Ace Frehley, Peter Criss, Eddie Van Halen, and other famous guitarists and musicians. Furthermore, the garage had some of the bands favorite fictional heroes on the walls such as the X-Men.

A picture of The Garage can be found inside the jacket of the Blue Album. The image was printed in black and white to save money, but a colored image is available in The Blue Album's Deluxe re-release.