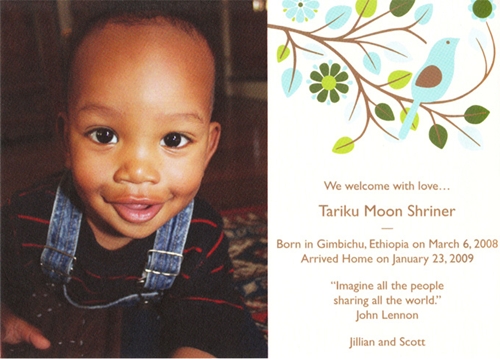 Scott Shriner and his wife Jillian are proud to announce the arrival of their son Tariku! Look out world! The Weezer family is growing!

Jillian writes: "We returned on January 23 from our trip to Ethiopia to pick up our son. Tariku is a curious and adorable little guy who does wild dances when Scott plays the guitar and who likes to bang on everything he sees - hence the name Tariku Moon (after Keith Moon)." And happy birthday to Tariku, who was in fact born 1 year ago today exactly! 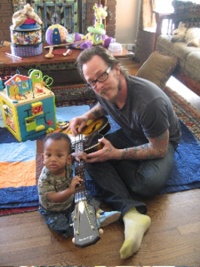