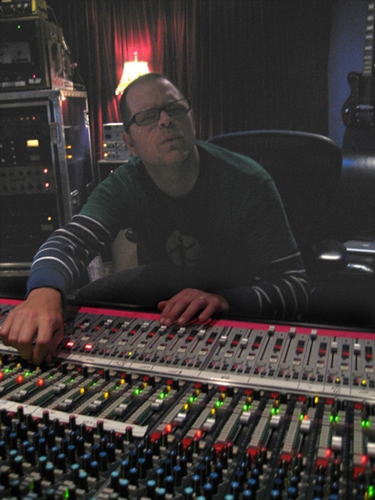 Peoples, heres the latest from the poop deck:

...Coming up on April 11th on Sirius Satelite Radio is The Alternative Nation Countdown Takeover extreme–mega-extravaganza. This special show will be hosted by Rivers and Jason Schwartzman (Coconut Records) and will feature several all new recordings by both of them. Rivers was joined on his new tracks by Joe LoPiccolo and Rainn Wilson, whos got more than just acting chops in his arsenal.

...The Rivers 'Alone 2' hootenanny style in-store at Fingerprintz records last December is being made into both a special live CD, and a DVD. These will be released on April 28th and are currently available for pre-order on the Fingerprintz site: CD ordering link, DVD ordering link. The CD includes 6 performances, whereas the DVD includes 12 full performances plus the video for "My Brain Is Working Overtime", plus special interviews and more!

...Weezer's first confirmed show of '09 has been announced, they will be playing the Fujirock Festival on July 26th near Tokyo Japan. Beyond that date there will be more international and North American shows announced when they are confirmed.

Houston TX: The Sweaters is playing at WestFest (the Free Pree Houston's Westheimer Block Party) TOMMORROW, March 28. This is a huge 100+ band, all day event up and down Westheimer in Houston, TX. Details on the bands Myspace.

And as always, the mighty El Scorcho out of Atlanta has lots of shows coming up.

...and finally folks, I know this is somewhat tangental, but man... if you don't know about this yet, get familiar! Spike Jonze's Where The Wild Things Are, coming fall '09.