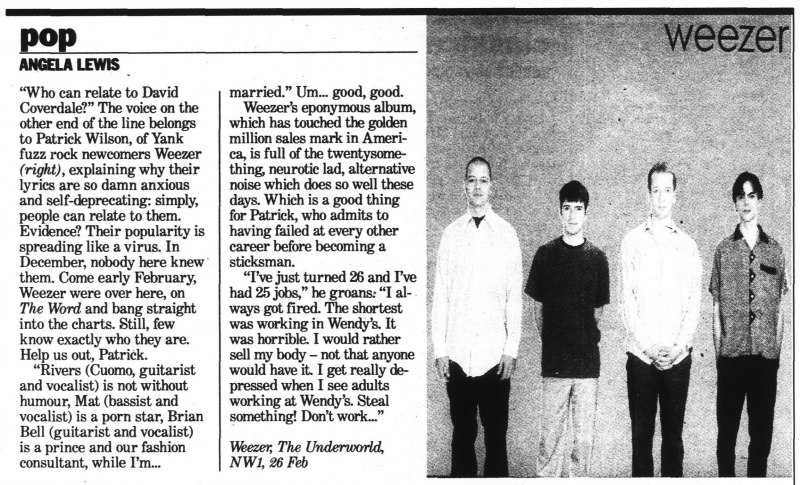 "Who can relate to David Coverdale?" The voice on the other end of the line belongs to Patrick Wilson, of Yank fuzz rock newcomers Weezer, explaining why their lyrics are so damn anxious and self-deprecating: simply, people can relate to them. Evidence? Their popularity is spreading like a virus.

In December, nobody here knew them. Come early February, Weezer were over here, on The Word and bang straight into the charts. Still, few know exactly who they are. Help us out, Patrick.

Weezer's eponymous album, which has touched the golden million sales mark in America, is full of the twentysomething, neurotic lad, alternative noise which does so well these days. Which is a good thing for Patrick, who admits to having failed at every other career before becoming a sticksman.

"I've just turned 26 and I've had 25 jobs," he groans. "I always got fired. The shortest was working in Wendy's. It was horrible. I would rather sell my body - not that anyone would have it. I get really depressed when I see adults working at Wendy's. Steal something! Don't work."