NOTE!
the link for presale tickets is posted in the tour section next to that respective date. thanks --=rwa= news

...if you haven't checked the Tour page in a few days, you'd better have a look! both Boise and San Antonio have been added to the list, with more to come...

...more retail outlets that are carrying the new calendars and lunch boxes: Calendars: Record Towne, FYI, Strawberry's, Coconuts, Waldenbooks, and Borders Lunch box: Hot Topic. (there are other small stores nationwide, but I don't have their names yet)

...Magazine alert: this weeks issue of UK metal mag Kerrang! (Issue 875, Oct 20) has an interview with Rivers about 24 hours in his life.

...and here's another update sent over from Sheeny the Organizer over in L.A.:

"Kevin Ridel, an old friend of Rivers and an ex-bandmate from back in the day, was recording demos with his new band, AM Radio, today. Rivers went down to the studio to lend an ear and play some funny ping pong matches. (See the Links page to check AM Radio out.)

From there it was straight to band rehearsal, which today was in a new space. The guys started in right away and honed in on a few key songs, one of which was "The Dawn". It sounds like it’s gotten a new 'going over' on some of the guitar parts. Rivers even stayed on afterwards and worked out this part 'til he got it just the way he wanted. According to him, these are the best rehearsals the band has ever had." 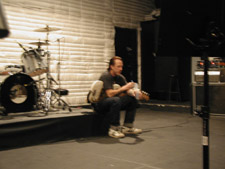 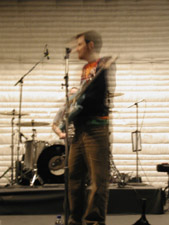 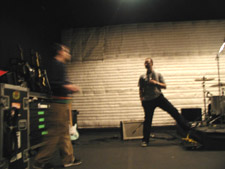 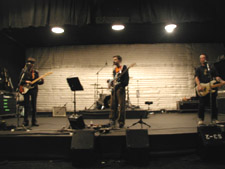 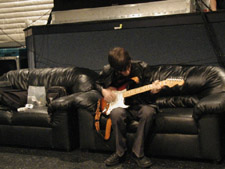