...Recording day 8...Today we learned the good news about Ozma being confirmed to be the 'first' opening act on the upcoming 20 date US tour. The running order for all 20 shows will be Ozma, then The Get Up Kids, then Weezer. Ozmas inclusion was especially stokeful to weezer, as they took second place in the "who should open up for weezer on the next tour?" RWA poll that was run back in the Fall. The Get Up Kids won the poll, and were confirmed as the main support act several weeks ago. This makes the tour 100 percent fan-determined! Despite their having never played outside California before, Ozma's following is nationwide. This is due mostly to a very strong online presence that has spread the word and the music far.

...meanwhile in the studio, Mikey worked very hard whipping the bass parts of 9 of the songs into shape, an all day process that paid off with some stunning recordings. Bravo Mikey! 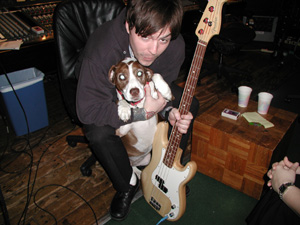 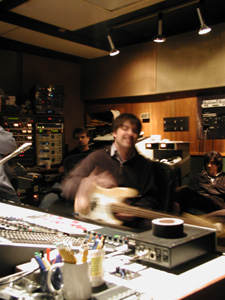 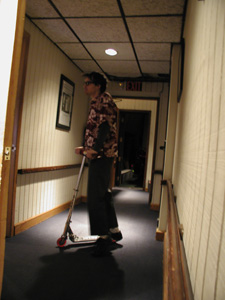