...the show must go on! I awoke on the bus, sincerely wondering if we had made it to Albany or not. After a brief walk about in the blustery snow, I spied the backstage door and heard loud noises from within, and I knew we had made it despite the omens of the blizzard. Apparently some folks from out of state were unable to make the show due to their local road conditions being impassable. What an awful predicament. However, the show had to go on, as nearly every ticket holder showed up by hook or crook and packed the RACC hall in search of the good rock.

...I'm not sure if these guys were related to the "HWA" of Philly, but from 9AM onward some enterprising fellows had a barbecue going in the snowy parking lot, next to a giant "=w=" they had constructed! Also, they baked a special cake...

...tonight's special mishap was a lighting unit catching on fire on stage, near Mikey's bass rig. Aside from a small distraction, the music was unaffected, and quick Atom doused the flames in a jiffy. 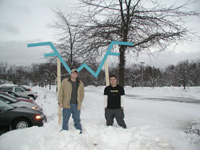 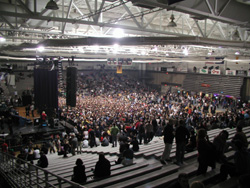 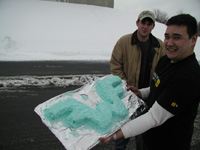 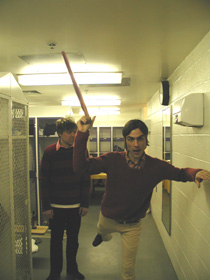 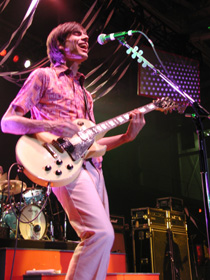 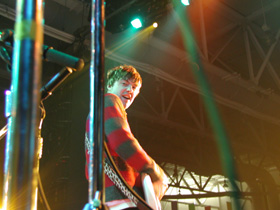 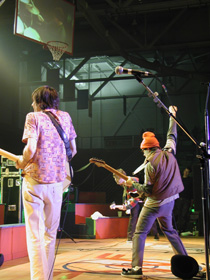