...The Outloud Tour is over! Man, it went by fast. It seems like there was barely any time to just hang out and get to know everyone on the tour, and now its over. I also must say that even though it would be hard to call the tour anything but a success, there were still bugs in the system that I for one would not wish on anyone else's tour, and certainly don't want to happen on any future weezer tour. Many folks have written in noting that they never got the special ticket nor even the promised consolation prize, and others have reported horror stories of being mugged for their tickets by greedy scalpers or having had their hard won auction prize of band access evaporate in mysterious cases of corporate bad planning. This tour was a lot of fun and I think everyone agrees that the low ticket prices were fantastic. But for these kind of things to run smoothly in the future (whatever band is participating) these incidents of fans being mistreated just have to stop!

...today weezer was photographed and interviewed for the very big German music mag "Visions", and I finally got everyone in the same room long enough to get your much requested "3 band photo". Enjoy, it's below. 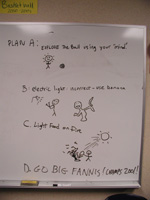 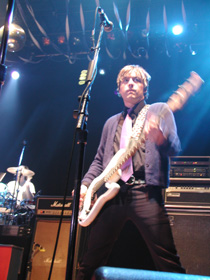 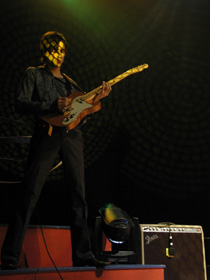 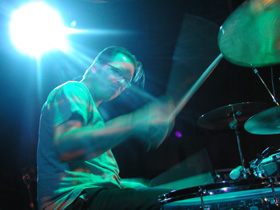 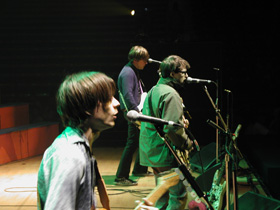 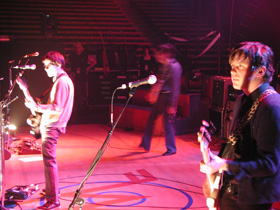 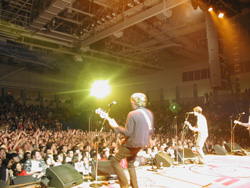 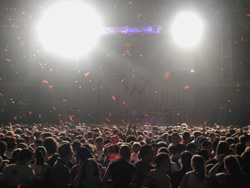 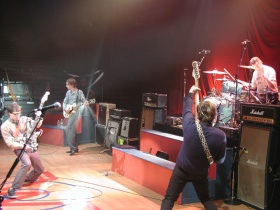 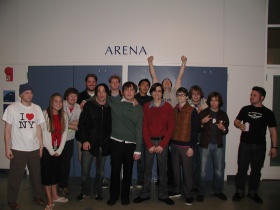