...The Bill Graham Civic is BIG. Wow is it big. Nearly 9,000 fans piled in and created a fantastic atmosphere of fun and rock. This was the same amazing reaction the band witnessed last summer at the SF Warped tour gig. San Franciscans just have their own brand of freaking out, and it's fun to watch! One funny thing was the many huge glow in the dark beach ball things which were being bounced around over the crowd all night. One of these finally made it up on stage right next to Brian, and promptly just exploded right when he noticed it! Brian looked temporarily frightened but was soon laughing along with everyone.

...on a side note, many of you have been asking about the Napster thing, as in who caused the weezer songs to be de-listed. I did some asking around and discovered that Weezer happened to be one of the first bands named by the R.I.A.A. in their major request to Napster to block songs. The band was unaware of this happening until fans started to ask about it. We have no idea if the weezer tracks will be allowed back on Napster or not at this point. 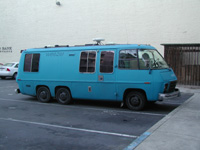 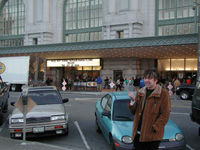 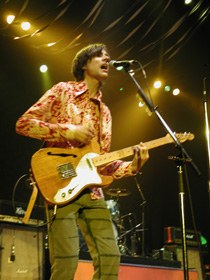 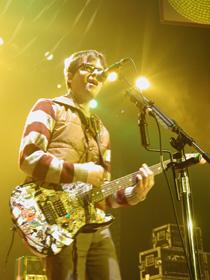 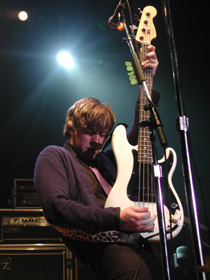 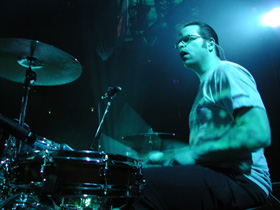 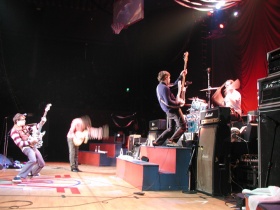 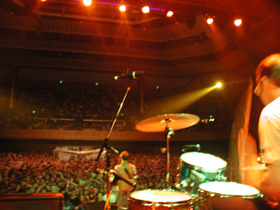 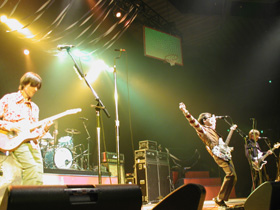