...The Hollywood Palladium has a long history of seriously rocking shows, dating back to the 70's punk scene when bands like Black Flag would inspire crowd riots and all sorts of craziness went down. It seems the Palladium's owners have never forgotten those times, and employ a virtual army of security guards, as well as patting down everyone who walks in, and vigorously enforcing strict no smoking, no chewing gum, no stickers rules. Despite the rather totalitarian scene, the L.A. kids prove time and again that they come to rock! I witnessed some serious moshing and crowd surfing going on, and nary a frown in the audience!

...this was a nice homecoming gig for both Ozma and Weezer, and there were friends, girlfriends and family in abundance, so most band members were tied up with family functions after the show. I had the pleasure of hanging out with a bunch of good friends, including some "long lost" ones. All in all a fun night, and a solid rock show. 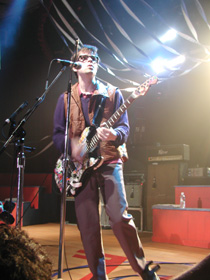 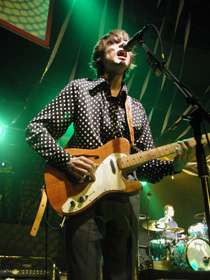 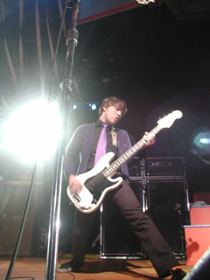 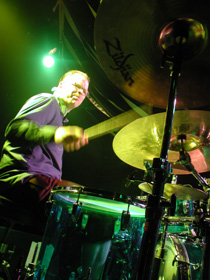 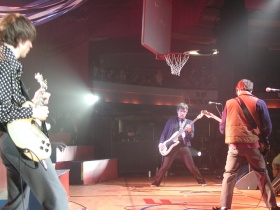 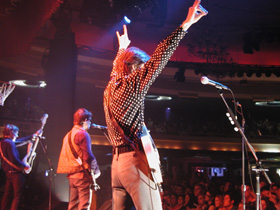 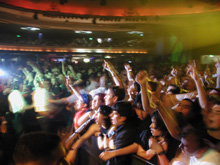