...the Outloud tour continued the recent run of historic venues with the Eagles Ballroom. This vault like building was an exclusive men's club back in the 20's and 30's, sort of a creepy Masonic-type hall long since abandoned by the original power brokers of the old days. There are multiple levels and areas that havent seen use for 50 years, including an indoor olympic pool, now emptied (see the video clip for more on that!) Definitely felt like "The Shining" at times.

...As we've seen on this tour, these old places seem to serve perfectly for the super rock show! Tonight the Get Up Kids were joined onstage by members of Cheap Trick, who accompanied them through their cover of "Surrender". Later, the weezer boys fought some weird onstage sound issues, a product of the unusual shape of the stage and room, to deliver another in a string of solid performances that got the crowd jumping and just freaking out! So far I'd call this tour a great success...

...Also today, the guys did a taped video interview that had something to do with MTV (I'm not sure if it supposed to be on MTV News or what), and an interview with a reporter from Spin Magazine. I dont know the details of what these interviews are intended for. 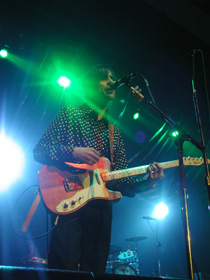 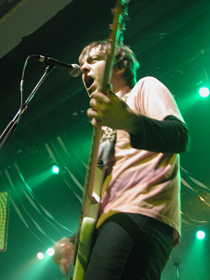 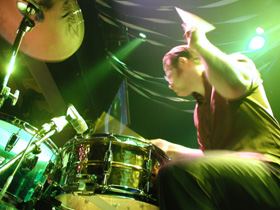 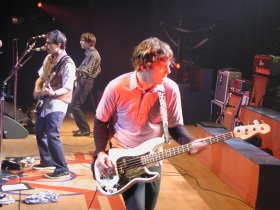 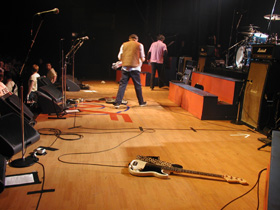