...The "new guy" (Scott) fends off any attempt to analyze the mystery of the appeal that is the magic of the rock band weezer. Queries on matters like "why does weezer sometimes play small bars under an assumed name?" or "what do the lyrics in 'hash pipe' mean?" or "are you really just a bunch of brainy nerds with guitars?" are met with basically the same answer: "i dont know and i dont care, i just wanna rock"...

"...there's been a special pizza featured at Domino's pizza (Australia) called "el scorcho"...i'm not sure if this is good or bad..." ---Jen

"...this past saturday was dress down day at work (a local grocery mart), and being the avid weezer afficionado that I am, i decided to wear one of my many weezer shirts...everything was going good, when this one customer decided to make a rude comment about my choice of rock...well, this put me over the edge...I went from nice cashier to @%$#&* cashier, and this customer decided to rat on me to my managers! i got written up for the weez!!! it was well worth it though..." ---mike, Hamburg, NY

...i'd rather hear a frontman tell a crowd "to assume the position" and that we "need to be punished" then listen to "hello edmonton!" and "you put the rock in the roll." ---mark 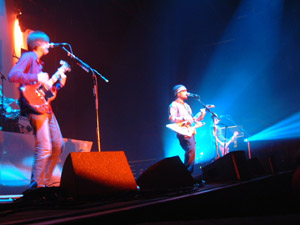 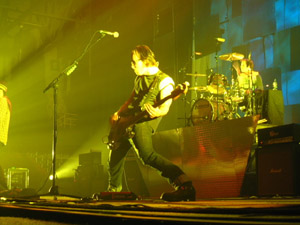 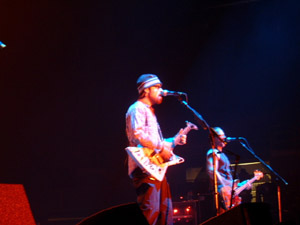 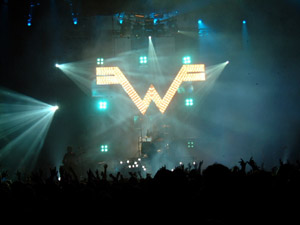 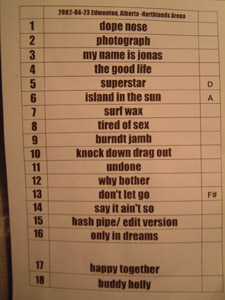 ...Thanks to the 20 or so fast fans who sent in the first batch of show reviews...as i said, in fairness i must favor the first 5 that come in, so im sorry to those whose review i didnt quote!! Thanks to SB and Jon for the pix!

...FUTURE TOUR INFO: as some of you may have heard rumors about, there indeed is an extensive North American tour being planned out for July and August. Dashboard Confessional is in fact confirmed as one of the opening acts. More on this stuff as details are sorted out.