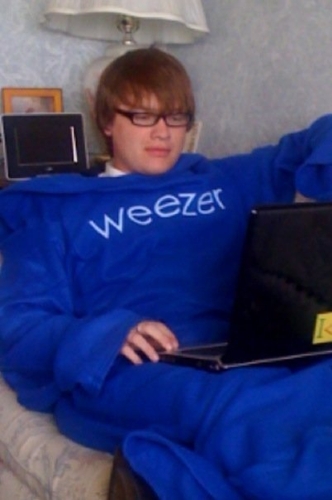 ...Folks, Rivers is looking for both seasoned veterans and young upstarts in the producing game to help him out with his new demo that he's cooking up on his artist profile on Indaba Music. Whosoever's production is chosen by Rivers shall be paid exactly $208 dollars. Work with Rivers now!

...Weezer's version of "We Wish You A merry Christmas" (from the "Christmas With Weezer" iTunes EP) is available for free download right now. Enjoy! 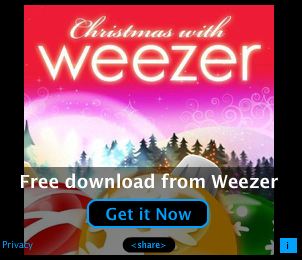 ...Due to the recent bus crash involving Rivers Cuomo, as per doctors orders all previously scheduled December and upcoming January Weezer shows are cancelled. At present, neither the December shows nor the upcoming January shows are being rescheduled. We’ll try to get back to the cancelled areas asap, but we have no info currently.

The following shows are cancelled:


Refunds will be given at point of purchase.

...the December Raditude Tour shows (that actually happened) will be added to the Official Bootleg Series soon.

...Dont miss the January 2010 issue of EQ magazine, with the feature cover story on Weezer and the Raditude album.

...todays photo is of fan Jon Allen enjoying his new Weezer Snuggie in the comforts of his own home.