This show, the last of the wild and weird "Hooptie Tour", was also one of the biggest for contest winners. 102.1 gave away about 2000 tickets, many to people who went to bizarre and extreme lengths to get them! This show was also different in that it was closer to a full show's length, I'm not sure how long it was, but the setlist was beefed up and included a whopping 5 brand new songs in the middle! They were "December", "American Gigolo", "Burndt Jamb", "Keep Fishin'" and "Saturday Night". The show was at Ontario Places "Island Club", whose stage is surrounded by a moat of sorts, and the guys travelled from dressing room to stage in a nice little dinghy. And on top of it all, it was an absolutely beautiful day, just right for the "Island in the Sun" theme. 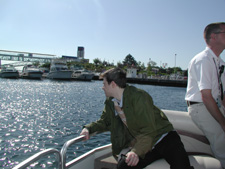 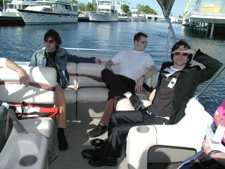 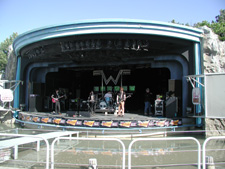 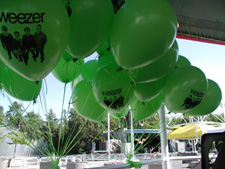 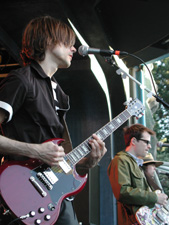 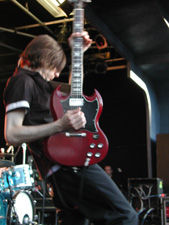 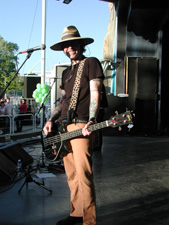 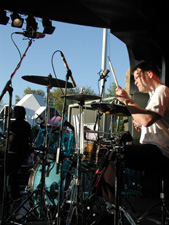 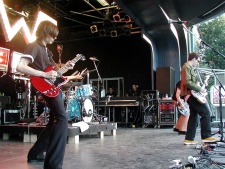 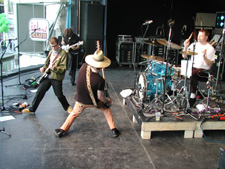 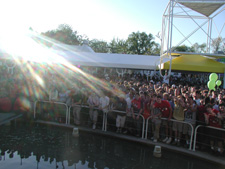 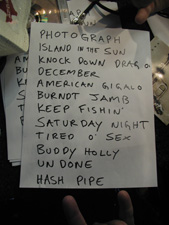