6/21/01 rocking the Visions Party in Dortmund

"Well, kickin' job of weezer, first time i saw them, but who was this guy playing before Weezer? Iggy Pop? Icon of rock'n'roll? My dead grandfather was more funnier than him, bulls**t...the near future of rock got another name: "Take Control" - wow - neck's hairs rising, unbelieveable, uff!!! Go on, see you in Amsterdam, maybe that concert with visible amps?"--Elmar from Cologne, Germany

Todays show was billed as a "festival", but as we discovered, "festival" in Germany seems to mean "more than one band playing". It was really a 100th issue birthday party for Visions music mag (who recently had weezer on the cover), and took place in a club that held about 1200(?) people. The show had a number of big acts on the bill, including Therapy?, Ash (who we were happy to see again, its been a long time since they joined weezer in the states in '96!), and Iggy Pop, whose bringing-down-the house performance was interrupted only by Iggy asking the crowd "what are you people, weezer fans or something?". The enthusiastic response he got didn't seem to be the answer he wanted. But we couldn't tell if he was joking around or was truly mad, because after their set was over, Iggy and his band ran into Mikey backstage, and were really nice to him (much to Mikey's relief!)

...weezer blazed though another fun and interesting set, mixing in a few more Green album tracks while still going light on the older material. The audience seemed to love the brand new songs, but seemed like they were hoping for some more oldies. In any event it was a cool set that was filmed for television! (will be screened Sat, 6/30 at 17.00 and Sun, 7/1 at 10.00 on Viva II).

...and hey, don't forget to read =rwa= news, too! (link is next to my banner up above) ...combined with what you find here in the corner, it will answer 80 percent of the questions we're getting! 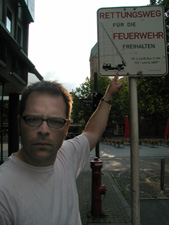 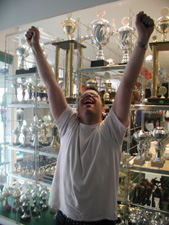 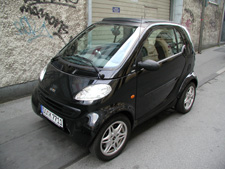 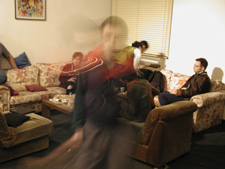 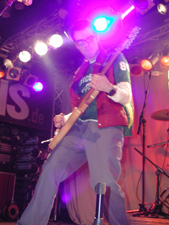 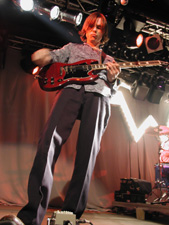 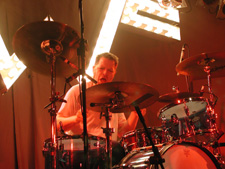 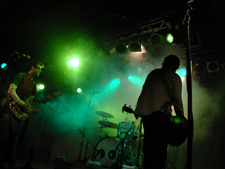 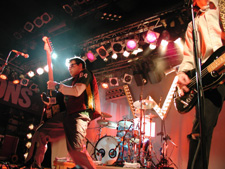 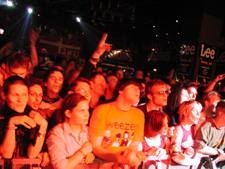 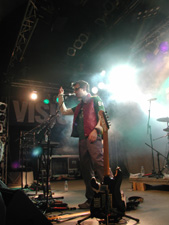 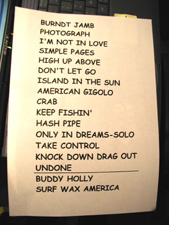