..."Maladroit" certified GOLD!
Today we got word that the RIAA has certified weezer's latest offering "Maladroit" a Gold record award, which means that by their tally, it has sold half a million copies so far. Not bad for a months work! Thanks to all who stepped out and picked up a copy to date!

the fourth in a series of reports from our intrepid weezer sports reporter in Japan and Korea, where Rivers and a gang of fellow soccer enthusiasts have gathered to soak in the World Cup...

On Wednesday Rivers and the guys returned to their new hangout, but were disappointed upon discovering that the game room holding their beloved foosball table was closed off! They weren’t TOO bummed though, because it turned out that the room was reserved for the Irish football team, who had traveled to Korea after their victory in Japan the day before (their next match is in Korea), and were staying at that hotel (O’Kim’s is a hotel bar). Earlier in the day, the match between Sweden and Argentina yielded a Swedish victory, and the scene was a heartbreaker, with all the Argentinians (players and fans) sobbing after their loss (and subsequent elimination from the World Cup)! From O'Kim's the Spain/South Africa match was watched, with Spain the victor...but everyone was hoping to see South Africa score a goal, because of their giant sized coach's amazing reactions...

The way the next games are scheduled is pretty cool. There are four games a day, with two games at a time played simultaneously, so each group of four’s last game is played at the same time. So the anticipation is totally built up, and you find out who’s qualified from each group (top two teams from each group of four) to go on to the Round of 16 at the same time. Of course, that also means that the U.S.’s group, which also includes Korea, plays tomorrow. Which means that the Korea vs. Portugal match is at the same time as the US vs. Poland match! Our intrepid group will be seated at the USA game, biting their nails at the outcome, all the while wondering whats going on next door at the Korea game, where likely every Korean fan in the land will be going ballistic!

Later, the group took the Seoul subway line to an area called Hong Dae, kind of like the arts district in Seoul, and went to a cozy little dive-y bar for some drinks and merriment. They played a horrible Nirvana cover, and some Oasis, and then some Weezer! Everyone was doing double takes when "Island in the Sun" suddenly came through the speakers, later followed by "The Good Life"! Suspicion abounded that perhaps the usual playlist was altered because the DJ recognized Mr. Birthday Boy. Later on in the evening, Rivers was also approached by some autograph-seeking patrons of the bar, so Hong Dae must be where the "in the know" people of Seoul hang out.

Today (6/14) was another day off, so Justin, Ivan and Todd decided to go to the Costa Rica vs. Brazil match. Rivers decided at the last minute not to go, which was unfortunate because it was a great game and the guys ended up with second row seats right next to the goal. Brazil scored 5 goals against the good-natured Costa Ricans, who took the loss in stride and still celebrated their team’s performance with pride. Later on in the evening, Rivers and friends went back to O’Kim’s where the foosball table was available and ready for some action. Everyone watched the Italy vs. Mexico match. There were four minutes added to the second half, at which point the teams were tied, meaning they would both advance to the next round (Mexico 1st, Italy 2nd). So the Mexican players just kicked the ball back and forth leisurely for the last three minutes, until the referee finally blew his whistle, crossed himself, and ended the game early! So it goes in the land(s) of the World Cup! 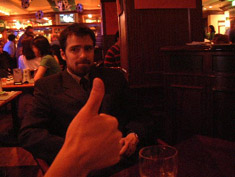 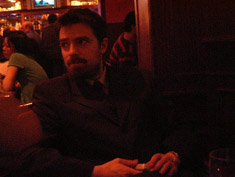 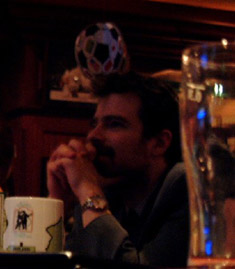 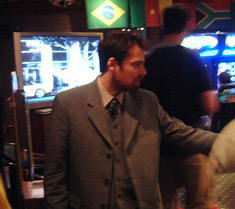 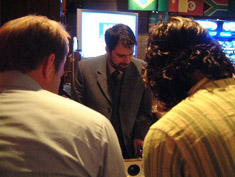 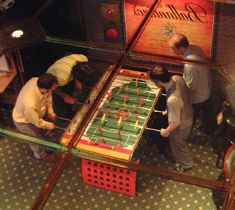 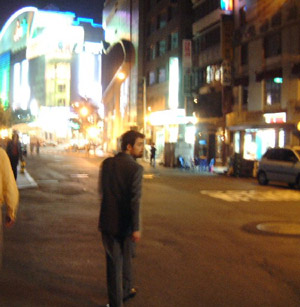