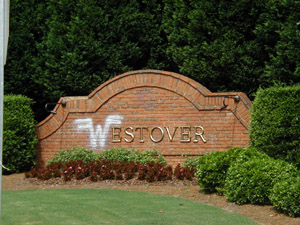 The Tour page has been gathering more and more details about the upcoming Enlightenment Tour. We are pretty close to learning the details on the several shows where Side Stage locations are TBA, as well as the details on the shows where all the opening acts arent quite sorted out yet. Also in the pipeline are details as to when exactly the Side Stage acts are performing, in relation to the Main Stage bands. As always, as soon as we learn it it will be added there...(if you are just learning about this tour now, take a look at the page! Theres a lot to learn!)

okay, the Muppet-laden video for Keep Fishin' is currently in the editing phase, not quite ready for prime time. As soon as we get word of a premiere, we'll let you know. Now supposedly the E! channel's "Access Hollywood" show is supposed to run a feature on the making of the video, but whether this was today or it hasn't happened yet is unknown. Check your local TV times for this, as its a little different everywhere.

Meanwhile the Keep Fishin' radio single officially hits the stations tomorrow (Tuesday 25th!) across North America, so if youre tired of what theyre servin' you, call up your local station to request it! Thanks for your support!

The following stations are already honoring requests and/or playing the track whenever they want!

Other radio news:
"...I was listening to 88.9 The Alternation based out of Streetsboro, OH..and they said "this is Weezer's latest single" and they played The Good Life, a few of my friends have been hearing it on the station. I think they are confused!..."
94.7 in chicago: playing "american gigolo"...Live 105 in San Francisco playing Burnt Jamb by request.

...and internationally...
Brazil: some report that "Dope Nose" is top 10 at MTV Brazil, while others report the video isnt getting much play at all!. At radio, 'dope nose' is in rotation on Rio's Radio Cidade, and "Maladroit" is selling really well at large chain store Fnac. Australia: Both triple j and the triple r radio networks playing lots of Maladroit, including tons of Burndt Jamb, and less of dope nose and keep fishin'.
Ireland: Today FM in Ireland has Burndt Jamb at no 3 in their charts for 6/6 on the 'Pet Sounds' show.

...today MuchMusic Canada (and MMUSA on US satellite) had a "Spotlight on Weezer". The Spotlight included full showings of the following videos: Undone, Buddy Holly, El Scorcho, Island in the Sun (Spike), and Dope Nose, as well as clips from the Good Life and several interviews.