They worked on overdubs and vocals on "Hey Domingo!" and "Mansion of Cardboard" on Saturday, and after slaving away in the studio for a few hours, burned off some steam in a high-stakes foosball tournament (uh...yeah, real high stakes, heh). Scott is really getting into the foos now. He was getting so worked up everyone was afraid he was going to break the table! After two rounds, the teams were tied, and shirts and jackets were removed for the final. This was a serious competition. Todd (a+r) and Scott emerged victorious in a very close and exciting game with Rod (C., helping with production) and Rivers. But while the battle is over, the war continues! 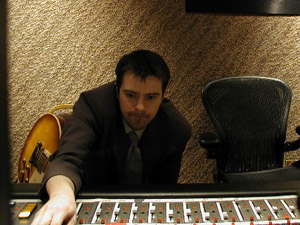 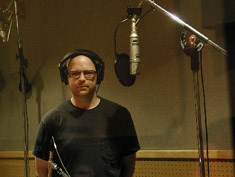 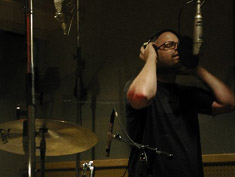 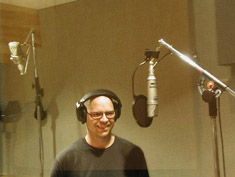 ...so, with the upcoming Enlightenment Tour, some fan-organized "weezerfest" announcements are cropping up, for events put together by fans for fans. (Remember these are not shows! and also there is a website devoted to keeping people up on these things.)

weezerfest Nashville:
"...come be a part of the first-ever nashville weezerfest. meet other =w= fans and get pumped before the concert. share stories such as the best show you’ve been to or how you first got into the band’s music. play =w= trivia games. join in an acoustic weezer sing-a-long.
when: 2 p.m. july 30. the day weezer plays amsouth.
where: pinkerton park (from I-65 south, take exit 65, travel west and turn right into pinkerton park (on the right before the harpeth river bridge.)
bring: anything you want! stuff to trade, =w= inspired art, a hacky sack, a guitar, snacks to share, =w= poetry, etc. subscribe to the weezerfest nashville mailing list:e-mail here.