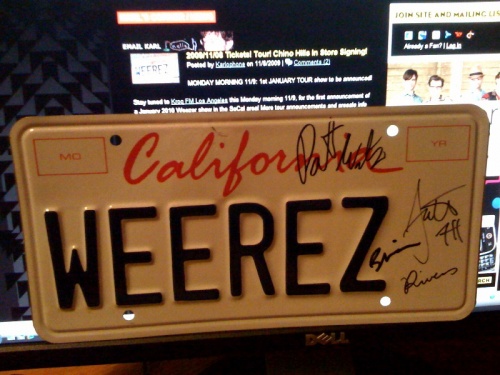 ...head on over to Mtv.com for the 16 part video set with Rivers on Mtv2's Rock The Deuce!

The interview parts and related music videos play in order from the first link, but here are also direct links to all the Rivers parts in case you want to cut to the chase.

...early Monday morning, KROQ Los Angeles announced the first known date of the January leg of the Raditude Tour - January 11 at the UCI Bren Events Center! Tickets go on sale 11/14 at 10am on Ticketmaster. Not yet sure if theres a pre-sale, but if there is we will send out an email to the weezer mailing list with the info.

Meanwhile the December Raditude dates are on sale now!

...CNBC has something to say about Snuggies. Weezer Snuggies that is. Which they clearly need many of, as do we all.

...another seasoned fan review of Raditude, this one from Angus from Australia.