...today everyone assembled on a side street in Eagle Rock, CA to shoot the video for "Island In the Sun". Marcos Siega was directing, and had a killer idea involving the band sort of hanging out and casually playing at a traditional (?) Mexican wedding. The extras were especially picked in groups so that they would actually be comfortable hanging out and partying together at the outdoor bash. It really did feel like a wedding reception at times, as there wasn't the usual stressful vibe that permeates most video shoots. The song seemed particularly appropriate to the mellow setting. (I sure cant imagine filming "Hash Pipe" here!) Outside of getting a bit baked by the powerful sun, everything went off without a hitch, and Marcos had all the band footage he needed by sundown. (More footage is planned for 7/12, but the bands presence is optional). Finally Marcos shouted out "That's a wrap!" and we headed back to more familiar parts of L.A.

As the day progressed, a small group of fans gathered and seemed to be enjoying the unusual weezer activity, although the security guards kept them a few houses down so they didnt walk into a scene by accident. They were cool. I took their picture (see below).

This video is supposed to be edited fairly quickly and sent to Mtv soon. I'm gathering the "Island" single data now. Several radio stations have been playing it more and more, but I dont have "official" info at the moment. As far as I know, there is only a 1 track promo cd for radio stations, though commercial (import?) versions should come out sooner or later, probably with another set of b-sides... 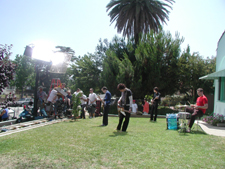 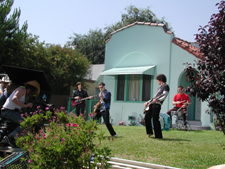 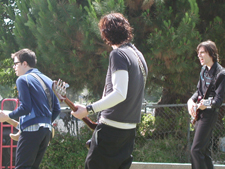 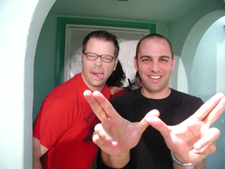 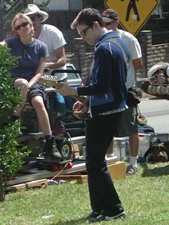 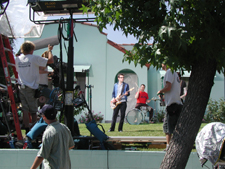 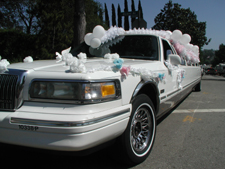 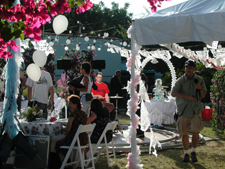 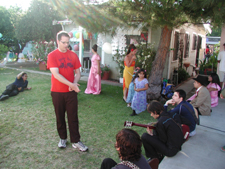 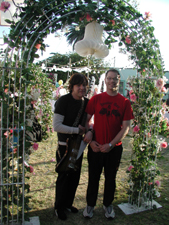 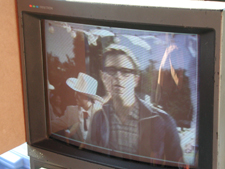 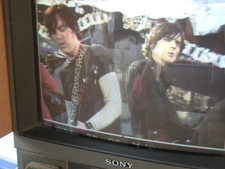 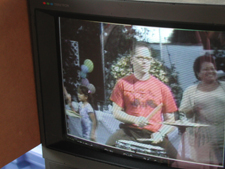 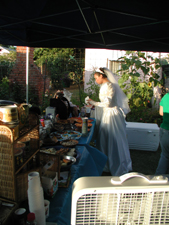 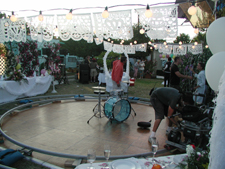 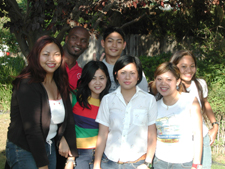