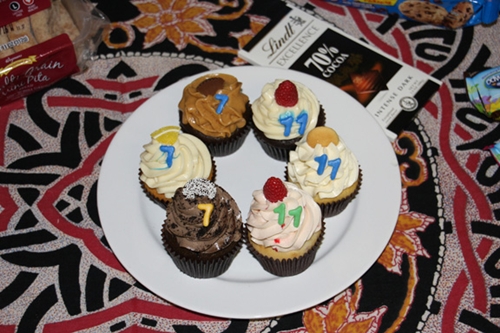 ...today we are in Canandaigua, NY, about 50 miles south of Rochester, situated on a beautiful lake. Right on. The CMAC is a really nice outdoor semi-covered ampitheater. The challenge with these kind of venues is that they are so comfortable that its easy for both the audience and band to get too cozy and forget to rock out. Fortunately Rivers and the boys have many tricks up their sleeves to get the people jumping around and rocking, and said tricks were certainly employed tonight to good effect! It was pretty cool - the longer the show went on the less the audience followed the rules and eventually the "forbidden" aisles between the seating areas were packed with dancing jumping shouting fans, the way it should be at a rock show. RC did his part by making some unplanned forays out into the audience to mix it up wild style.

Opening tonight was the excellent band Rival Schools. I hadn't heard much from them since their debut album "United By Fate" came out several years ago, but it appears they are gearing up to release their second album now. It was a real pleasure to see them in action again.

...REMINDER:
Don't miss Weezer's July 13 HP Live Beats concert and interview session. We’ll be performing in The Reuters Studio and it will be live streamed to the NASDAQ and Reuters billboards in Times Square. Be at 7th Avenue between 42nd and 43rd at 2:15PM to watch our show. Also, please bring your cell phones to dial in and listen to us - just check in on Foursquare to #HPIntelLiveBeats to get the phone number!

...Weezer fansite by Eli, who is "10 years old and from New York. Over the summer I learned how to design a website so I designed a website for weezer. Check it out."