Weezer just finished playing at tonights Pointfest in St. Loius. Run-DMC is about to go on. The big news is that weezer debuted 5 (thats right FIVE) NEW SONGS in tonights set! These songs are so new that the titles haven't even been officially chosen, but they were listed on the setlist. I really love these new ones, and they did an awesome job with them, especially considering the rough day of travel today (flying in from NYC) before the show.

There was a bit of a mix-up with the autograph signing, and a bunch of people (25? 40? 75?) were cut off, unable to get their stuff signed by the band. Several factors came into play here. One, the travel from NYC was delayed, resulting in the band not being where they needed to be at the start time. Then, a HUGE torrential downpour decided to start, further pushing things back. When things finally cleared up a bit, the guys rushed to fit everybody in, but unfortunately the autograph tent was to be taken over by Our Lady Peace at a set time, and not all the weezer people got in before time ran out. We are very sorry for what happened, and we hope those who lost out can understand the weird circumstances.

Today started with a funky flight on a "corporate" jet. Everyone was too tired from last night in NYC to comment much on the "rock n roll" aspect of renting a private jet for a day, but apparently the tight schedule called for it, and our tour manager had the sweet connections to make it so. I'm really glad there was no bad weather, it felt terribly small and fragile...but the food was good. 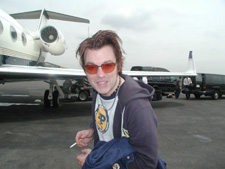 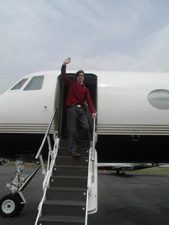 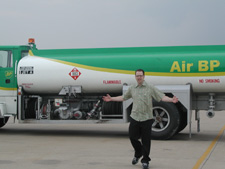 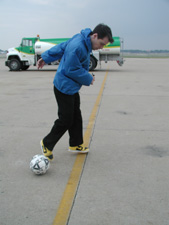 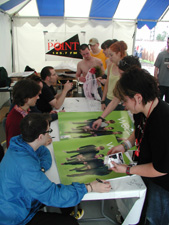 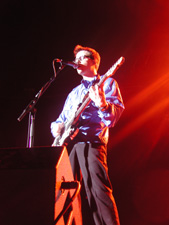 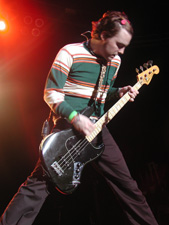 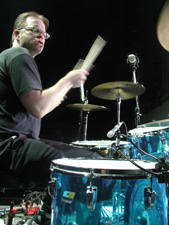 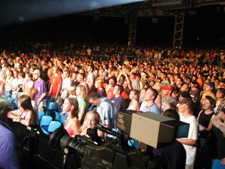 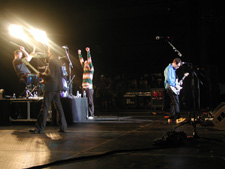 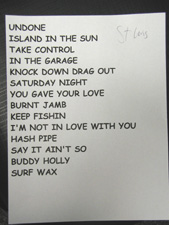