Well, despite some pretty outrageous requirments made of the audience to gain access, not to mention some draconian local law enforcement, today's secret show was after all a success. The event took place at a roller skating hall called "Fireside 2", which was way out in the distant Chicago suburb of West Dundee. To get to this show, people were subjected to a fairly rediculous series of challenges, following clues to locate where the special wristbands were being handed out. Apparently that location was moved at the last minute to throw off freinds of radio station insiders who had tips as to where to be, and ultimately make it more fair, so that no one had a clue as to where to go till the last minute. Unfortunately, as many of you related to me, this just led to some pretty unsafe stampedes, both on foot and in car, where the 500 lucky winners were those who were forced to be the most reckless drivers. It was lucky that no one was seriously hurt, and I'd say weezer probably won't be agreeing to these kind of contest rules in the future.

At the gig itself the scene was heavily patrolled by large amounts of local police, who came down hard on anyone who was hanging out that didnt have a way to get into the show. Apparently they took it upon themselves to make sure that no one rioted or chewed gum or looked at anyone funny. But what are ya gonna do, it was their town we were invading, and if the rock isn't cool there, then the rock just can't stay long. Anyway, after all the chaos, the show and autograph signing went swimmingly. 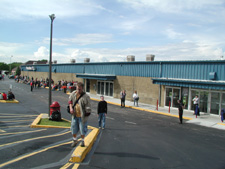 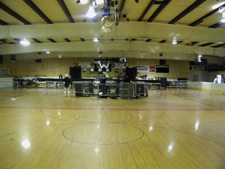 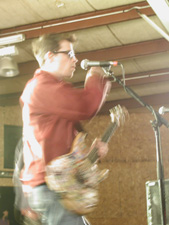 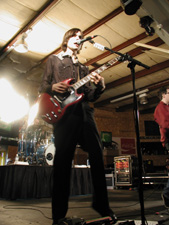 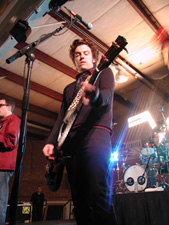 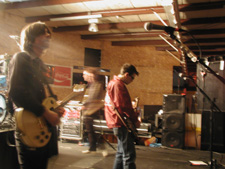 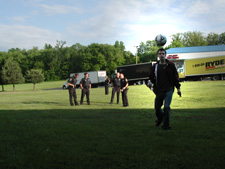 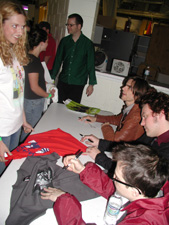 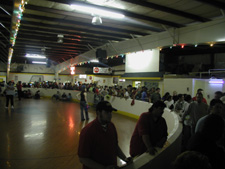