a full report on Detroit is on the way, for now I've got to pass on the big news that "The Green Album" debuted on the Billboard Top 200 Album chart at #4!!! This is definately weezer's biggest ever week in terms of sales and chart position, and is definately a very impressive start! Of course, making such a big splash would be impossible without YOU, the folks who went out and picked up a copy this past week (I did too!). So a big hearty THANK YOU to all who helped make this weezer's "biggest week ever"!

...the Detroit "contest winners" show at the Airborne skatepark was, as far as I could tell, a big success, and a lot of fun! (what a sweet park, I wish I could ride it everyday...) The guys practiced a lot of those new new songs during soundcheck, including several that weren't played during the St. Louis show, including a very pretty slow one that Rivers called "December", but hastened to add that the title wasn't decided yet. The show was all Blue, Pink, and Green, however, as you can see from the setlist below. Then the autograph line got lined up, and the guys, unhastened by any other bands this time, stayed and signed till everyone was through. Some pretty interesting characters have been coming to these things!

Anyway, me and BeeBe the Bass Tech hit the ramps whenever possible, laying down some fresh moves and the occasional bail. Pat joined us for some butt-board drop ins (dont worry, i got it on film, when the video clips are back up youll see...), and Dan the Lighting Man busted out his ancient-school board and worked on getting his chops back. Everyone is sore now, but it was worth it. Rivers wisely avoided all skateboards. 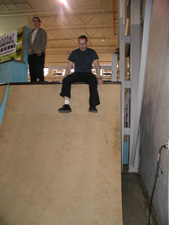 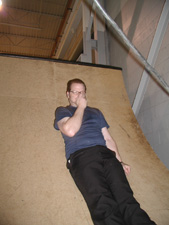 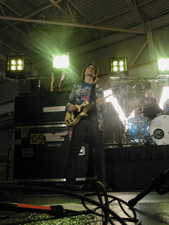 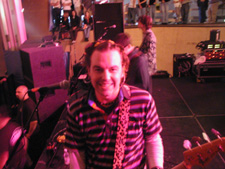 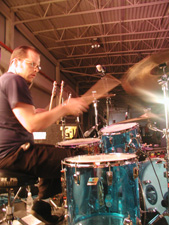 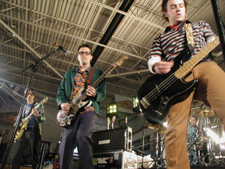 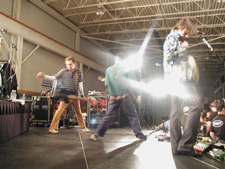 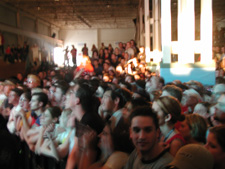 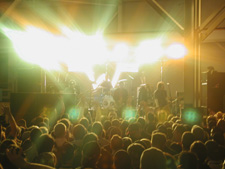 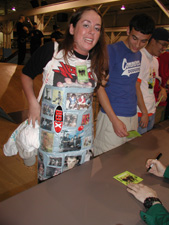 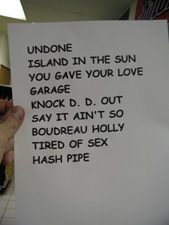