...Today's adventure took us to the Boston Harbor, or at least somewhere in Boston where there were some boats. The band played their set under a tent on a pier next to all sorts of cargo cranes, contruction equipment, and lots of boats. Then, everyone got on a large cruise vessel and the autograph signing was conducted whilst the boat cruised around the harbor! This was pretty cool. Captain Insano (I'm not making this up) was a fine aquatic pilot, and no one got seasick (though there was plenty of 'green' around...) However, Brian wasn't much into hanging out on the windswept deck afterwards, citing a lack of "sea legs". Pat kept insisting we were in for a "Nor'easter" and complaining that his pegleg was itchy. 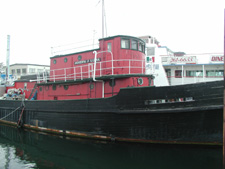 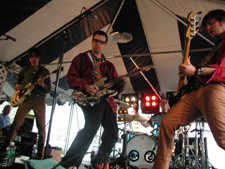 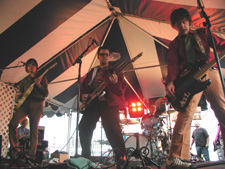 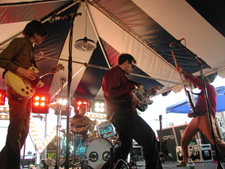 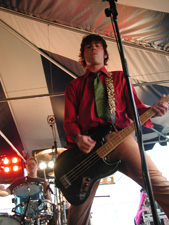 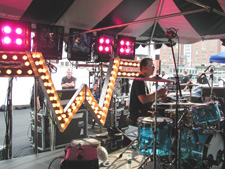 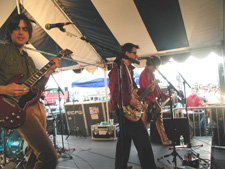 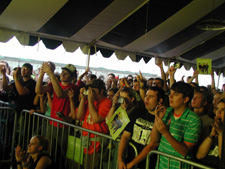 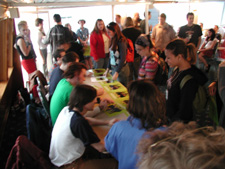 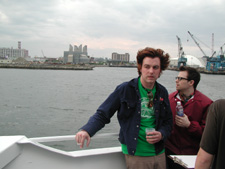 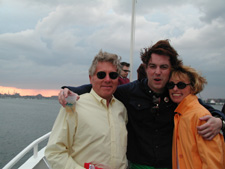