...Big props and kudos to the Viper Room and all its staff for going above and beyond the call of duty to make tonights experience a better one for the fans. They even went so far as to issue early tickets to some of the kids who showed up super early, so they could go get some food and walk around a bit and not have to worry about missing out on getting into the show! Most folks I talked to confirmed that the ticket line situation was a lot smoother, and fair treatment to all comers was the rule of thumb. ...Now thats big time football! Of course, having our Outloud Tour DJ (Handsome Jack) behind the bar tonight really kicked things into high gear as well.

...The mood on stage looked to me like one of increased confidence, relaxation and fun for all three bands, and several fans who made it to both last nights and tonights shows commented that they thought tonight sounded better and rocked a bit harder overall...(no mean feat considering the blistering pace set by last nights show.) Rivers introduced one song with "our record company rejected this song because they said it was too much like Lynyrd Skynyrd", to which the crowd responded with many cries to pay the record company no mind (only in much more colorful language!) 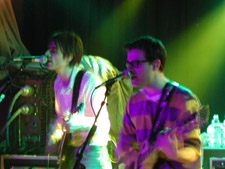 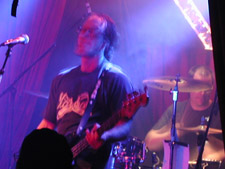 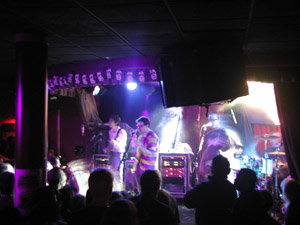 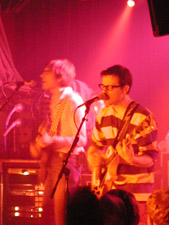 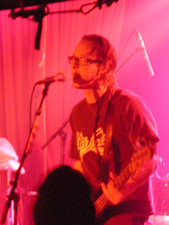 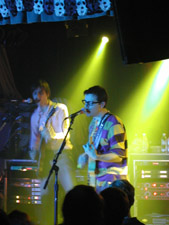 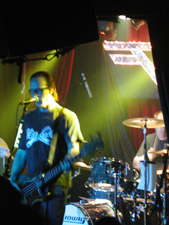 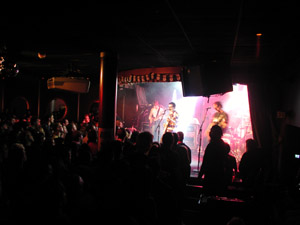 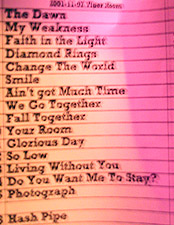